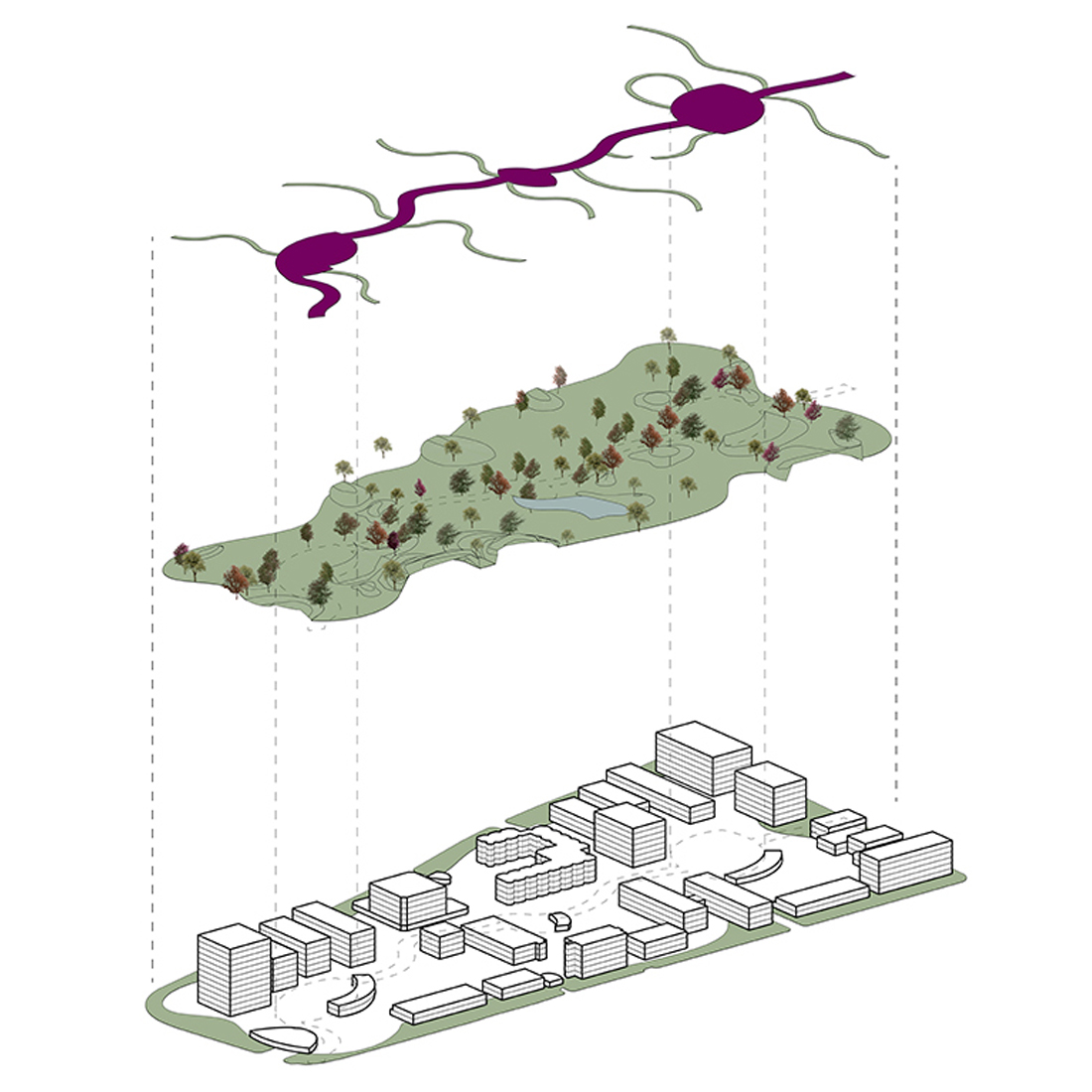 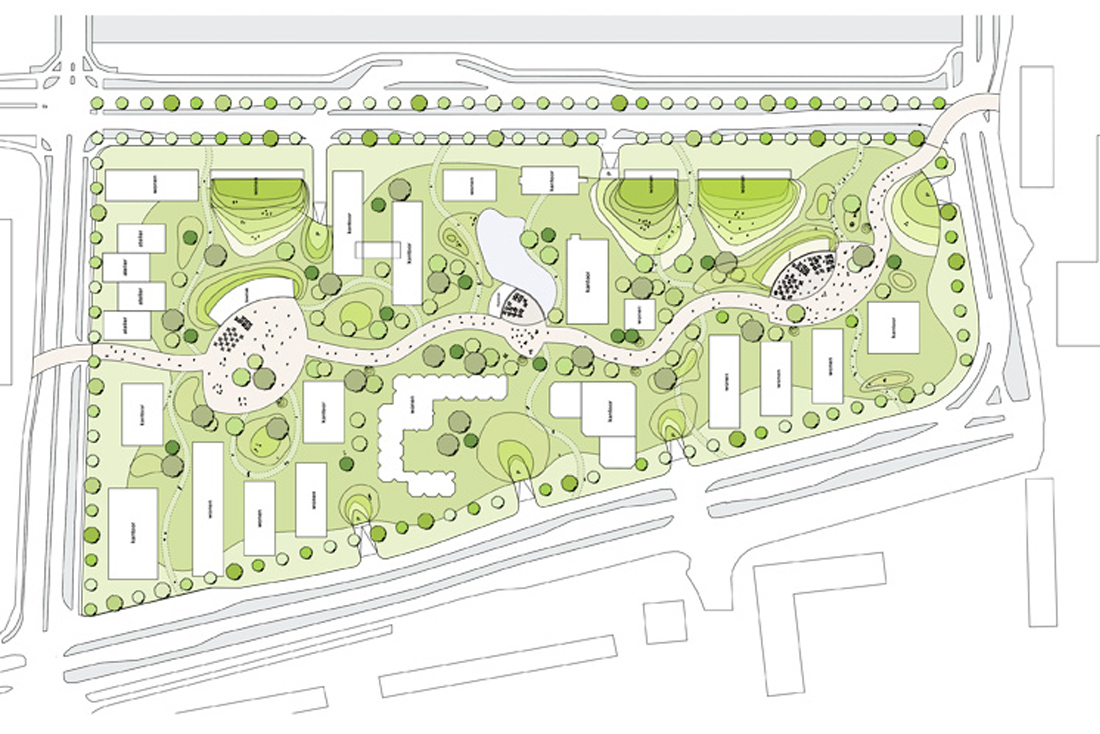 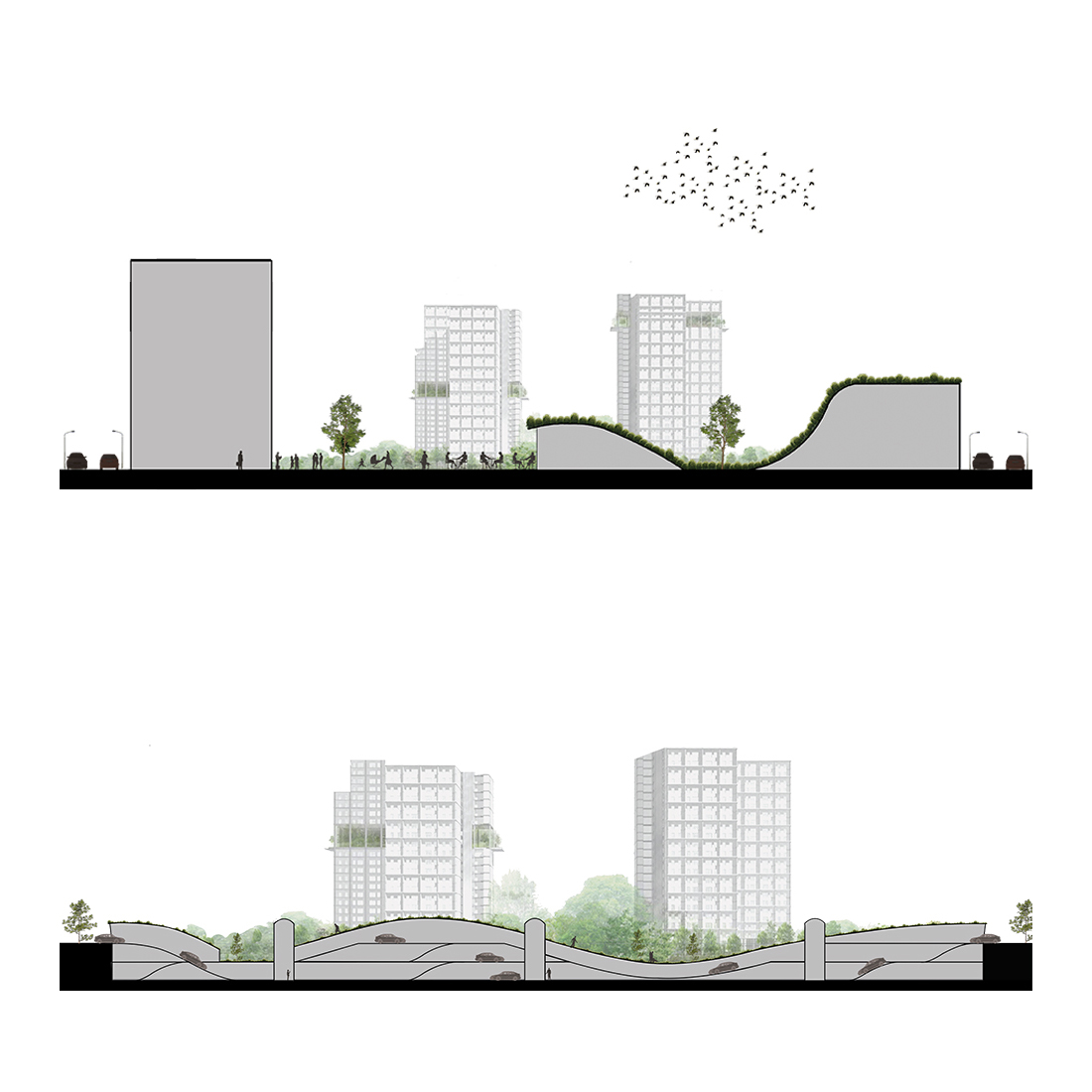 Jong BNSP, in collaboration with the municipality of Haarlem, has launched an urban planning competition, with the theme “How does Schalkwijk Midden in Haarlem get back its inner-city character where people can work and live”. We are very proud to have co-created the winning proposal, named “the Haarlem Hills”.

“The space between the buildings is public land” That is the philosophy of Haarlem Hills. The plot has an FSI (Floor space index) of more than 2.0, but the aim is to make the environment feel like a spacious city park. The buildings literally merge with the nature. Not only the spaces between the buildings, but also the roofs are green and partly accessible to the public. With this, Haarlem Hills gives space back to the city and functions as the lungs of this city district. A park, with defined squares, becomes an important public domain of the district. The squares have commercial and recreational functions where people can get together.

The concept consists of three layers. The top layer is a rolling landscape and conforms the park. Walking and cycling routes throughout the park are interspersed with clear squares. The second layer is composed of buildings with different functions. The buildings merged with the park by a stepped shape and a rolling green roof. The third layer and the deepest point of the landscape is the parking. With various “look-through” and attractive entrances, the parking garage is connected to a dynamic landscape. At the edges of the squares there is room for public functions in the form of catering, workshop spaces, markets, festivals etc.

Various typologies were chosen for the buildings. Living is mainly low-rise and connected with the surrounding roads. These low-rise buildings are absorbed as much as possible by the green environment. The office buildings are taller and have an inspiring view over the park. All buildings are set up on a standard grid so that they are future-proof and ready for a change of function.

On the Amerikaweg, where there is slow traffic, the buildings run parallel to the street, creating the appearance of a boulevard. The buildings on the Europaweg are placed perpendicular to the route. By looking through the buildings, the faster traffic catches a glimpse of the inner area.
The combination of living, working, leisure activities and an attractive park creates a 24-hour cycle.