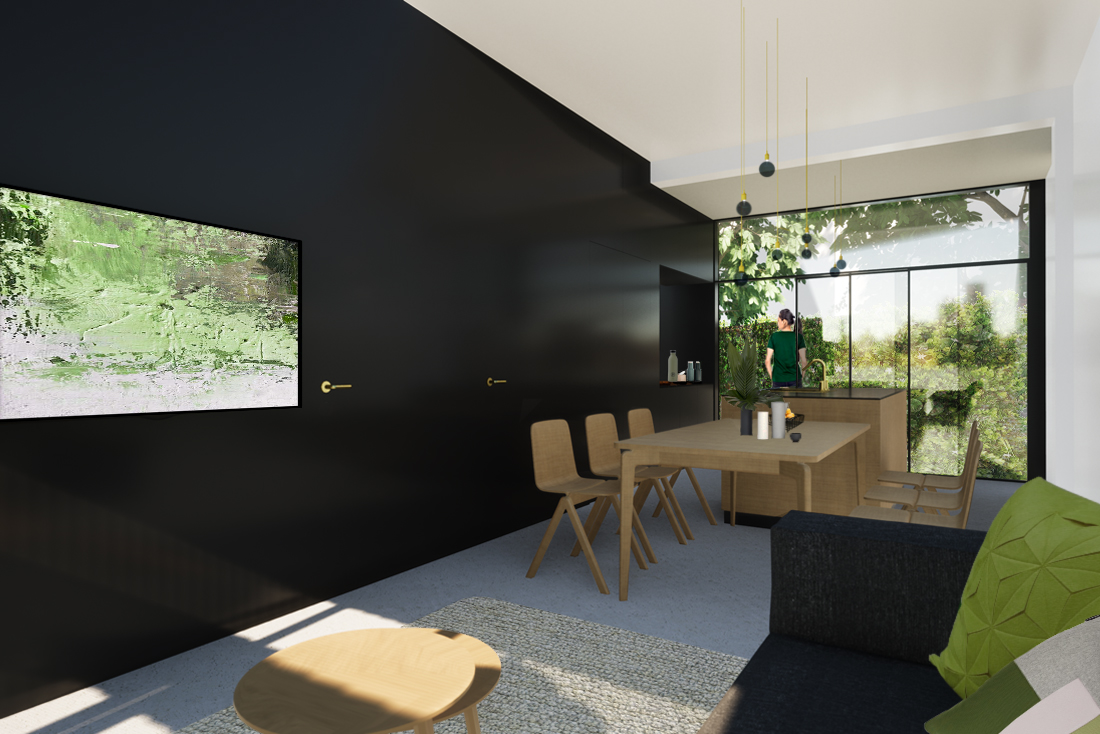 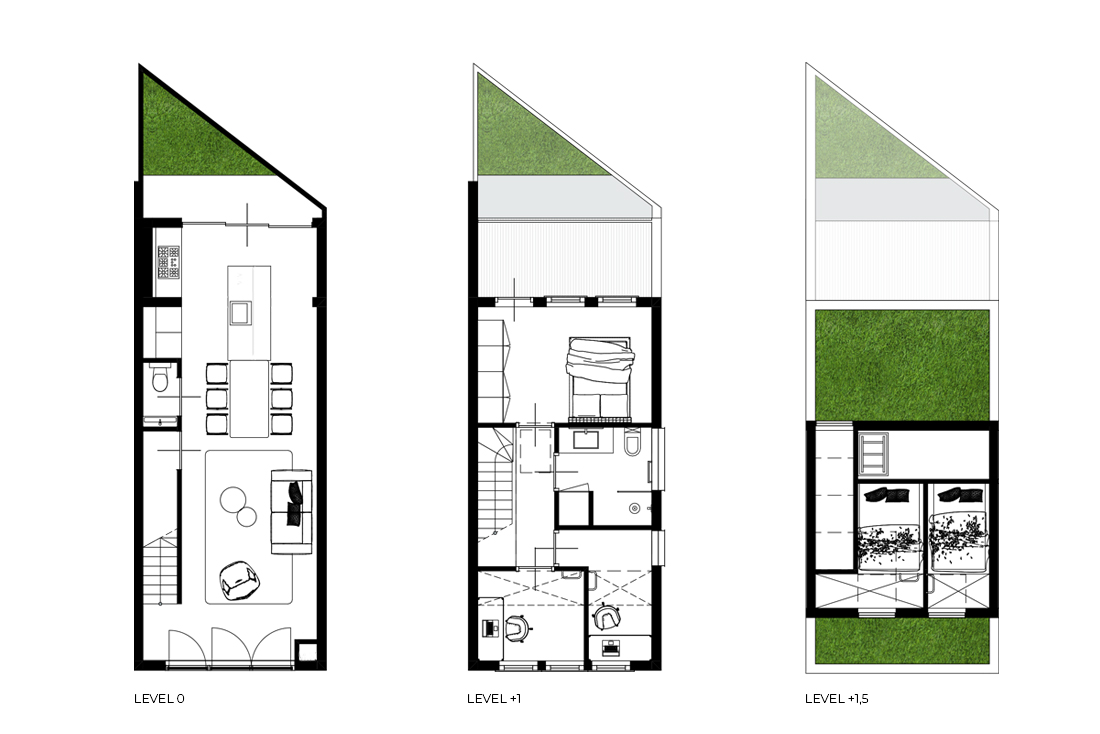 When we met our clients for the first time, they were expecting their first baby and came to us with an exciting idea. They decided to do a transformation with extension of a former mini fire station in the Valkenboskwartier of The Hague into their future family home. At that point, this miniature building was just 67m2 stretched between two floors, complemented with 15m2 backyard. Their wish was to convert it into a three bedroom family home.

We started by analysing the existing building, its surroundings and the regulations to check which options were available. And indeed, it turned out that for this plot, more was possible than initially assumed. First of all, the current height of the building lied 1,5m below the maximum allowed building height. Secondly, on the adjacent plot, only one-story buildings were allowed. And lastly, half of the backyard could be built. Having these informations, we came up with an idea for an internal extension of the house. The concept of the transformation with extension of a former mini fire station is based on taking advantage of the extra height and adding a mezzanine floor. We also added a small extension at the back of the house and two new bay-windows on the side facade. In this way, we made the building grow significantly. It reached 85m2, topped with 8m2 patio on the ground floor and almost 20m2 of roof terraces on two levels.

On the ground floor, we designed one open living and dining space with a storage, a toilet and a kitchen tucked under the staircase. On the next floor, we have positioned a bathroom and three sleeping rooms. The master bedroom has been placed at the garden side and has direct acces to the first roof terrace. To make this possible, we moved up the period door, originally placed on the ground floor and leading to the back yard. The two kid’s bedrooms have been placed at the street side and the bathroom lies in the middle. Above those last three rooms, we added the mezzanine. In this way, both kid’s rooms got lovely loft beds and above the bathroom an additional storage has been created .

Another important element of this transformation was daylight. By adding windows on the side facade and on the roof, we made sure that all the rooms get plenty of natural daylight. The bay window in the bathroom and the roof light above the staircase were crucial to the concept. Without those two elements the interior spaces of the house would be dark and gloomy. Now daylight can penetrate the building all the way and illuminate even the space in the middle of the long and narrow ground floor.

Another significant part of the concept was colour and material choice. We wanted the original shape of the building to stay intact. That is why all the additional elements got a clearly modern character and look. We achieved that by applying different materials and colours than the existing building. We chose to cover the new elements with shou sugi ban wood and went for a dark anthracite tone. The choice of burned wood was also dictated by the old function of the building: the fire station. Implementing a burning technique was a subtle wink and reference to the past and was the finishing touch to this transformation with extension of a former mini fire station.

Would you like to lear more about the old Japanese wood preservation technique called yakisugi or shou sugi ban? Go to: https://en.wikipedia.org/wiki/Yakisugi

Check out our other extension project VK217.