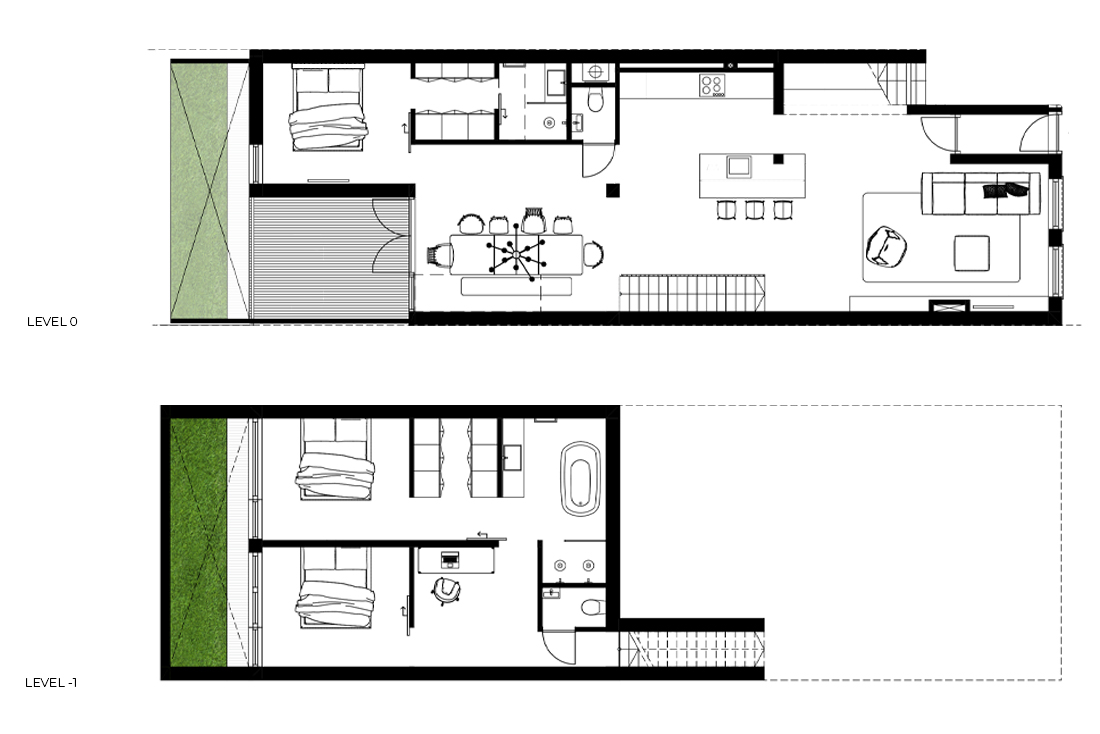 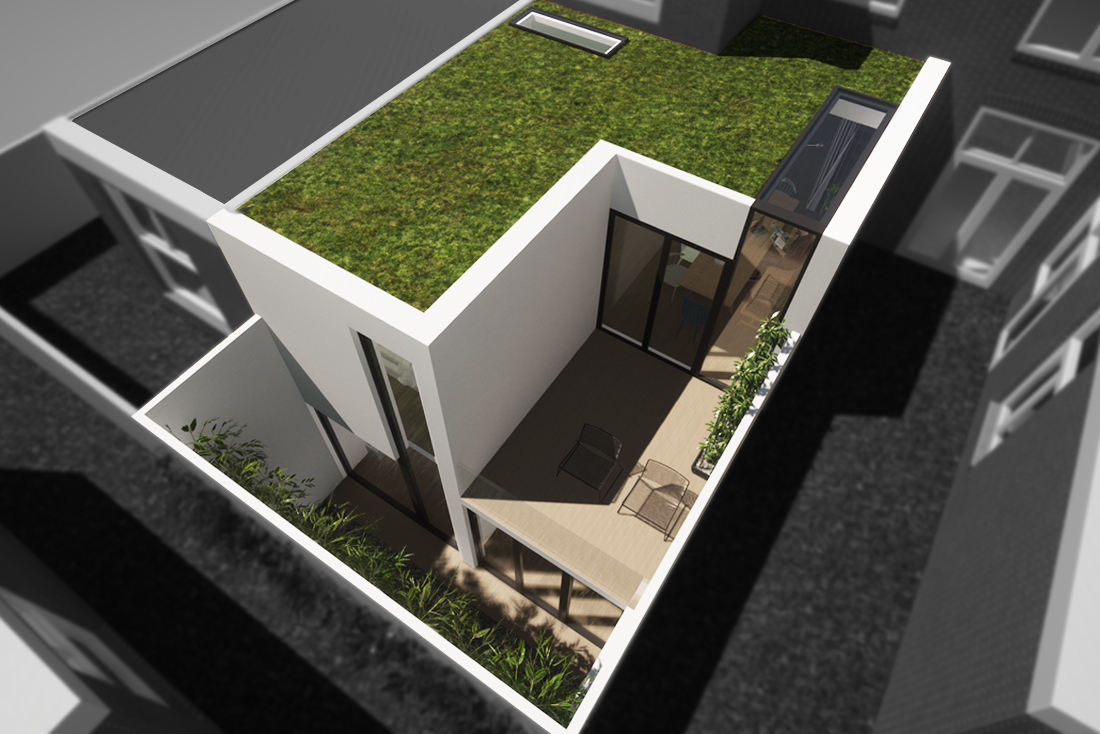 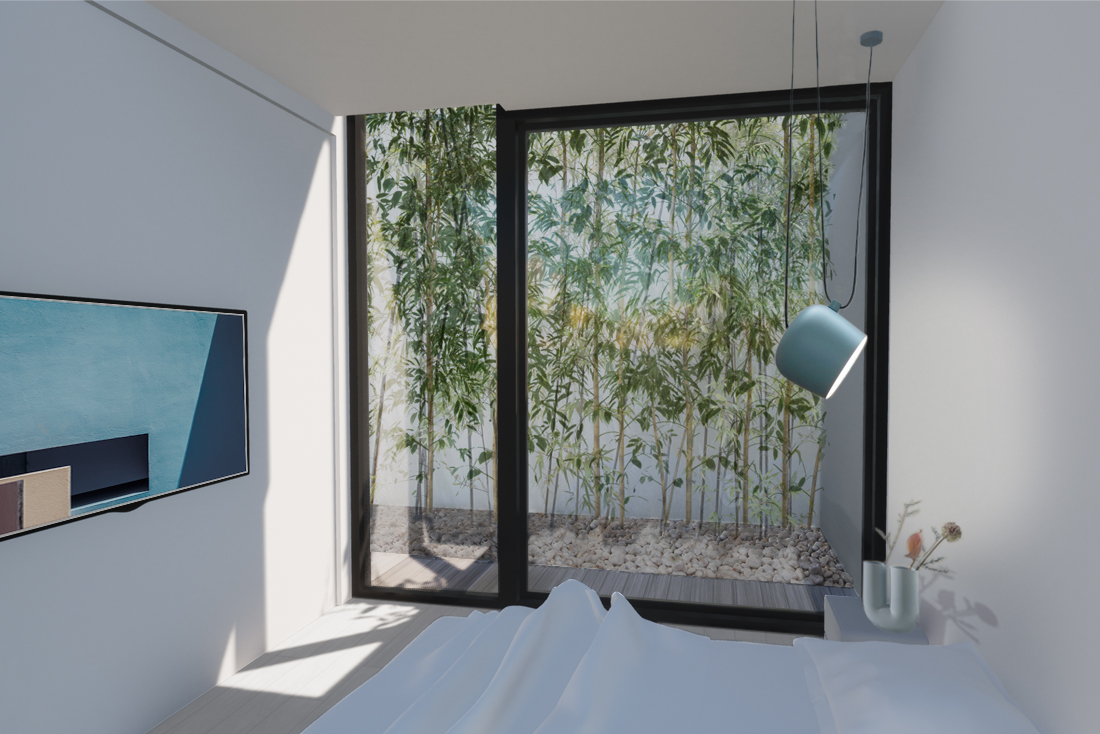 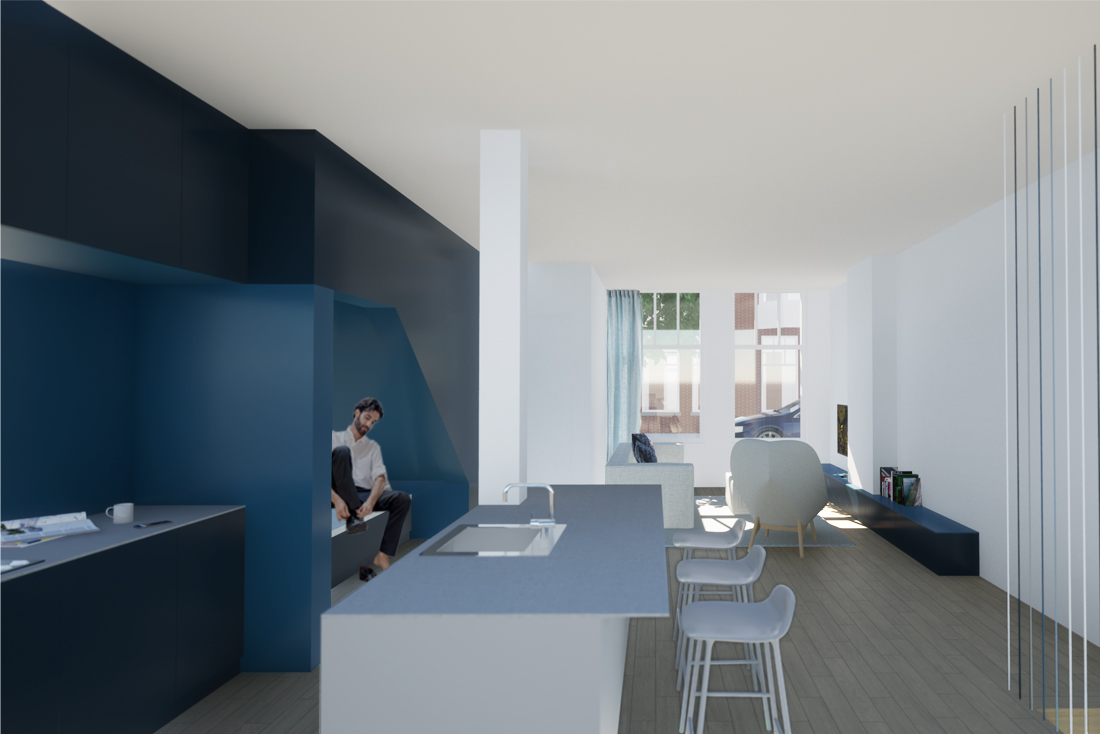 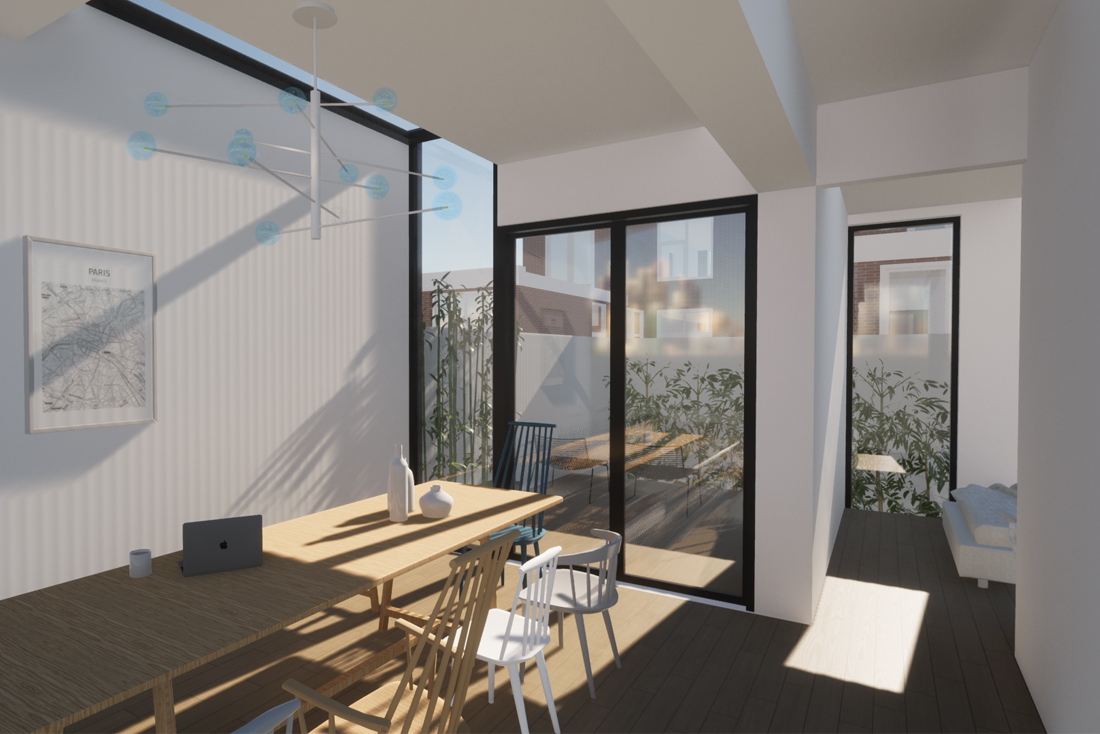 This extension project with underground extension was a study for a client who owns the ground floor of a three story terrace house in the Valkenboskwartier of The Hague. In the last years he’s been traveling between The Hague and Brussels and using his one-bedroom flat only on a temporary basis. Now, in a new phase of his life, he was torn between looking for a new house and transforming the current one to his new needs. He was very much in love with his neighbourhood but the flat was simply too small for his current and future, permanent life in The Hague.

We have analysed the existing building, its surroundings and the regulations and came up with an extension concept underneath the garden. The result being a two story, three bedroom and two bathroom house.

The ground floor consists of a large living space with a sunny terrace. Next to the entrance door, beneath the staircase leading to the upper neighbour’s house, we have placed a smart wardrobe. The living room has been positioned at the street side . The middle section houses a big, open kitchen with a cooking island. A large dining area has been created at the back and connected to the outside by a wide glas facade. We further transformed an existing extension into a master suite with its own bathroom and a walk-in closet.

But that is not all. This plan can be additionally enlarged by adding another underground floor without interfering with the original building's foundations. By digging only beneath the back garden, we added another 45m2. In the current layout this space has been divided between two more bedrooms, a study, a wardrobe, a luxurious bathroom and an extra toilet. Both bedrooms have their own tiny patios providing daylight and a view. The result is a beautiful extension with underground extension and in total adding 60m2 to the house.

All the outside walls have been plastered in pure white colour to enhance the reflection of the natural light and to bring plenty of it to the underground floor. For the same reason, floor to ceiling openings and roof lights have been added to the design. By giving all the window and door frames a contrasting colour, we created a simple but powerful graphic scene.

Would you like to see more stunning underground architecture? Go to: https://www.dezeen.com/tag/underground/

Are you planning an extension to your own house? Read more on our Check out our other extension project

Check out our other underground extension project SY40.